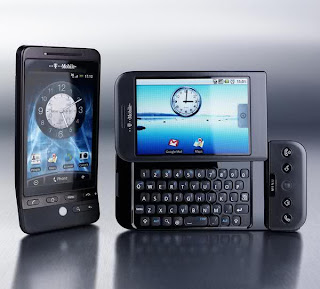 T-Mobile uk announced the G1 touch (HTC Hero) today and its design has come as a bit of a shock to me, as I was expecting to see another rebrand of the HTC magic.

The new G1 Touch will be made available from mid July both online and in store.

I think I'll stick with my G1 for now, though I do have an upgrade with Orange available, so I may have a look at the HTC hero which Orange announced today which will also be available from July.