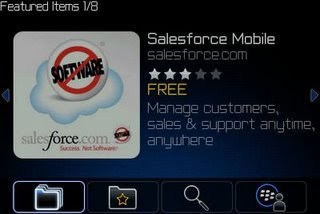 BlackBerry App World, RIM’s answer to Apple’s app store, now holds 2000 Applications. But is it enough?? not for me, the pricing of apps is ridiculous in comparison to those of the iPhone and Android and RIM need to step up a gear in encouraging developers to release more apps at affordable prices. The usability of App World is somewhat lacking too! there is no way to separate the free apps from the paid for or the old from the new, and for PayPal haters there is no way of purchasing.

Before Apple’s iPhone, the apps found upon a BlackBerry where somewhat unique, I mean when RIM released the FaceBook app no other phone manufacturer or developer had such an amazing piece of kit others tried and failed miserably, RIM had this knack of making things work and making them desirable.

Don’t get me wrong I don’t think BlackBerry have taken a step backwards, but I do feel they need to be quicker in taking a step forwards. The iPhone really has taken off and people will stop at nothing to get one, even the ridiculous pricing doesn’t seem to put people off. Google and its Android OS is coming on leaps and bounds with views of the “Hero” leaving many a jaw dropped and now with Sony Ericsson’s effort “Rachael” confirmed by GSMArena, very soon the market will be flooded with sexy looking Android devices. 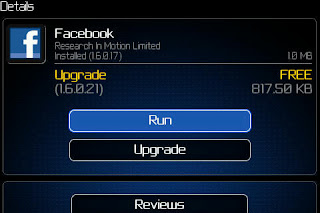 OS 5.0 for BlackBerry cannot come soon enough in my opinion, especially now that the iPhone has push capabilities, even my G1 buzzes before the Bold™ when I get an email!

Though for anyone who has ever used a BlackBerry you will know they still have a mysterious attraction which will keep me coming back to a phone that “just works”.