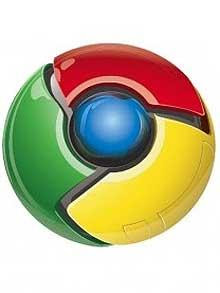 Google announced today its intentions to bring their own Operating System to market by next year, the OS which is built upon Linux and mostly web based, is built from the ground up eradicating problems found in other OS’s with security issues leading to a virus free OS much like good old OSx.

Google have also said that the new OS is completely seperate from Android as they are both aimed at seperate devices, Android to cover mobile phones, set-top boxes and netbooks, where as Chrome OS will be aimed at netbooks and larger devices. Chrome Os will run on x86 and ARM chips and they have already bagged a few undisclosed manufacturers to bring the devices and OS to market in the second half of next year.
Chrome Os will be open source and the applications will be web based meaning they will not only run on dedicated machines but also any device running a standards-based browser on Windows, Mac and Linux. This means there will be more interest in the writing of apps if they are multiplatform without too much or very little messing around.
Google hope to bring simplicity to the masses with the new web based OS, simply put an Os that boots within seconds day after day, automatic back ups to web based servers, and no lengthy installation process for new applications.
more info on the official Google Blog!