Well I gave in and downloaded the new BlackBerry messenger this morning using links provided by BlackBerryos.com. To install simply select your version from the list download and unzip to your desktop, open up BB DTM choose Application Loader, then Add/Remove Applications and then Browse to where you unzipped the new .alx file, it may tell you it isn’t compatible as mine did but you may also notice it says BB messenger will be updated, continue and in a few minutes you’ll be rocking the new version! 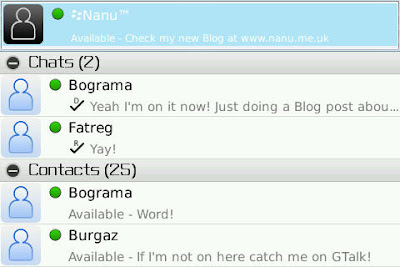 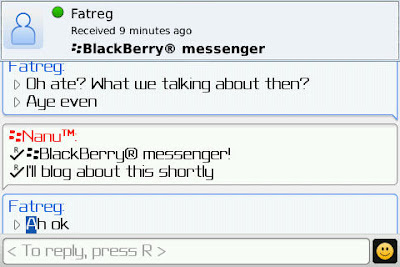 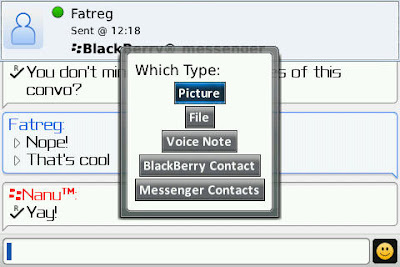 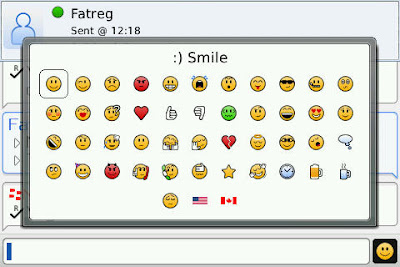 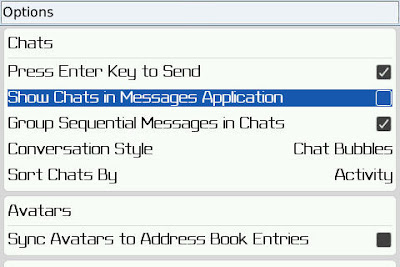 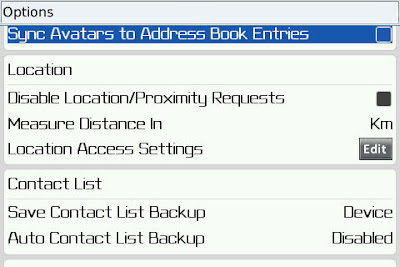 So it seems RIM have brought their own messenger app kicking and screaming into the new IM era, I kinda liked it how it was to be honest but I’m sure all the new functionality brought with this will win me over, there are a ton of new smilies and a new way of implementing them, location requests are bundled too with the ability to allow fellow messengers to see your location either by default or by prompting, you can also block requests by those you don’t really like! Sending files is a little easier and as far as pictures are concerned, it now shows thumbnails as default, something which used to irritate me a lot on the old messenger, though now you are prompted to crop your picture before sending which I don’t really like but I’ll look into this further!